This template works at the DNA level. DNA have codons which switch on and off. Sometimes the DNA switches off when it should be on and vice versa. 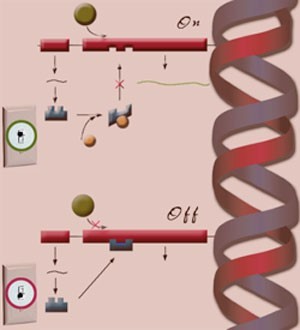 This process is an advanced technique which you can experiment with.

This template is a good way of transforming a part of the body that nothing else you try has an impact.

This is the second healing template I used to heal from pneumonia in 2013. I stumbled upon a transcript of an interview with Drunvalo Melchizedek by Diane Cooper called Children of the New Dream. The full interview seems to pop up on many websites if you Google it.

Drunvalo spoke about a new group of children being born around the world and here is a copy of the paragraphs that had the most impact:

“It is … the “Children of AIDS.” About 10 or 11 years ago in the US, there was a baby born with AIDS. They tested him at birth and at 6 months and he tested positive for AIDS. They tested him a year later and he still tested positive. Then they didn’t test him again until he was 6, and what was amazing is that this test showed that he was completely AIDS free! In fact, there was no trace that he ever had AIDS or HIV whatsoever! He was taken to UCLA to see what was going on and those tests showed that he didn’t have normal human DNA.

In the human DNA we have 4 nucleic acids that combine in sets of 3 producing 64 different patterns that are called codons. Human DNA all over the world always has 20 of these codons turned on and the rest of them are turned off, except for 3 which are the stop and start codes, much like a computer. Science always assumed that the ones that were turned off were old programs from our past. I’ve always seen them like application programs in a computer. Anyway…this boy had 24 codons turned on — 4 more than any other human being. Then they tested this kid to see how strong his immune system was. They took a very lethal dose of AIDS in a petri dish and mixed it with some of his cells and his cells remained completely unaffected. They kept raising the lethalness of the composition and finally went up to 3,000 times more than what was necessary to infect a human being and his cells stayed completely disease free.

... I have gone into the merkabah and asked my subconscious mind to change my codons in the same way and ever since I began to do this over two years ago, I haven’t been able to get sick. I don’t know if I’ve been able to change them or not. I guess the only way I’d know is with a DNA test. However, I’ve been exposed to all kinds of things and when someone gets sick I purposely get close to them and try to get it. I’ve been trying to get sick — and I can feel something come on — it will last maybe an hour and then it’s gone.

…It also requires dropping polarity–no longer thinking in terms of good or bad but seeing the wholeness and completion and perfection of life.

It is a very definite mind, emotional and body response. The body response is the one where your body simply does not acknowledge good or bad but sees that there is a higher purpose behind it all. We all know this stuff–everyone from Jesus to Krishna to Sai Baba has been talking about this for a long time, but this is the first I’m aware of where something actually is changing in the outer environment. People’s DNA is really changing.”

This was enough information for me to decide I wanted to turn on my extra 4 codons. As with all my templates they happen spontaneously in the first instance. Here is the DNA Codon Activation Template. The small group of people I have taught this to have experienced a potent impact.

Template Script: Step into your sacred creation temple. On your screen of mind imagine a double helix DNA strand (similar to the image above). Inside the strand is a lift [elevator]. Step inside the lift and press level 21. You start this template with the presumption your 20 codons of normal DNA are switched on.

Watch the buttons in the lift as you shoot up to level 21. As you go past each level the lift button should light up. Take note if any button does not light up. You will go back and fix this later.

When you get to level 21, the doors open and you step out onto the a concrete ledge. There is a pipe coming from the side wall near the lift doors - at eye height [similar to the picture above]. This pipe represents your codon. If there is a button/plug pushed into the pipe, the codon is switched off. Even if it is dangling from a cord, it is still deemed to be switched off. Take the button/plug out of the pipe and put it on the ledge at your feet – this turns the codon on.

Take a deep breath in and feel what happens in your physical body now that an extra codon has been switched on. You may feel energy activate somewhere. This is a spontaneous experience and not one to fake or copy.

Step back into the lift and press level 22. Repeat the process as above. Repeat for Level 23 and Level 24.

Step back into the lift at Level 24. If you had any buttons between G-20 which didn’t light up on the journey up to Level 21, go back and check to see if the button/plug is pushed in, dangling or out. Pull it all the way out and put it on the ledge if you need to.

Once all levels have the button/plug pulled out – go back to Level 24. When you press G and the lift goes down to Ground emerald green light shines out of each lift button as you pass that floor.

You keep walking through the light, back into your physical body and into the room where you started. Come all the way back into your body and if you need to ground yourself, place the palm of your hand over your crown chakra at the top of your head for a few minutes.

Repeat this template 5 times (once per day for 5 days) for the DNA Activation to become stable. After you’ve completed the 5 Activations, check in once per week for a month to confirm the 24 codons remain switched on and then check once per month.

In Drunvalo’s interview he said that he tries to get sick. He can feel it come on, but within an hour he is fine again. This was also my experience for 2 years after I had pneumonia and did this DNA Codon Activation.

After 2 years I slipped back into polarity - and within 10 days I had a cold. This validated the importance of being out of polarity.

Give it a go, I would love to know what happens.